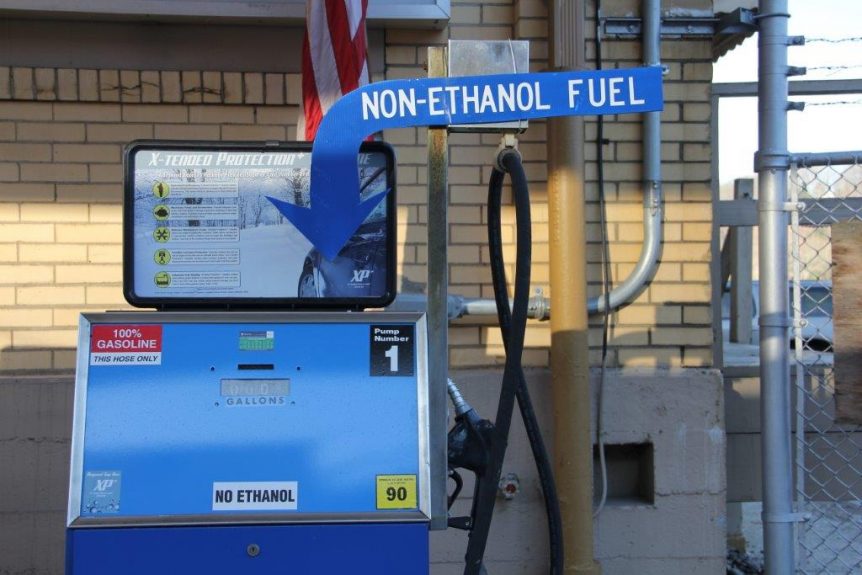 If you’ve been wondering where you can purchase non-ethanol gasoline, here’s something to fuel your interest.

“ We rolled it out to our customers on April 1,” said Bradigan’s secretary/treasurer, Andy Bradigan. “We just went into the first month here and it’s going over really well. We’re always looking for ways to set ourselves apart from the competition and create a niche product or service for our community and customers that no one else has.”

Bradigan said non-ethanol gas is good for boats and small engine equipment such as lawn mowers and chain saws.

“It does promote better fuel economy and longer life,” he said.  “If gas with ethanol is exposed to any type of moisture, water or condensation, that creates a big problem.  You get what they call face separation, and that basically contaminates the whole entire tank.”

And for that reason, Bradigan said, non-ethanol gas is popular with boaters.

“Boaters love this stuff,” he said. “A tank in a boat is obviously exposed to water. And during the offseason, the boat is setting for long periods of time, which creates moisture from the climate we live in.”

In passenger cars, ethanol gas in not an issue Bradigan said.

“Most of the cars on the road now have engines made to run on ethanol because it’s been along long enough now.”

“We did a poll and found that there is no non-ethanol gasoline anywhere in our immediate service area,” he said. “You can go to Cabot, Butler, East Brady – a lot of surrounding areas have it, but if you live in Kittanning, Ford City or somewhere local, you’d have to drive pretty far just to get a few gallons, and that’s an inconvenience.”

Bradigan said they were excited to be the first business in the area to launch the product.

“We were having customers come to the office and calling and asking for it before we even had it available,” he said. “Word had traveled before we even opened the pumps.”

The company decided to offer non-ethanol gas in March, and it took a month to prepare the lines, tanks and pumps, Bradigan said.

“We were selling very little 89 octane and determined that our sales were so minimal that we just decided to convert that tank to the 90 octane, a midgrade non-ethanol gasoline, so now it’s here at the pumps one and five,” he said. “We can also put it on a truck and deliver it if people like farmers or marinas want it for their own use, just like all of our other products.”