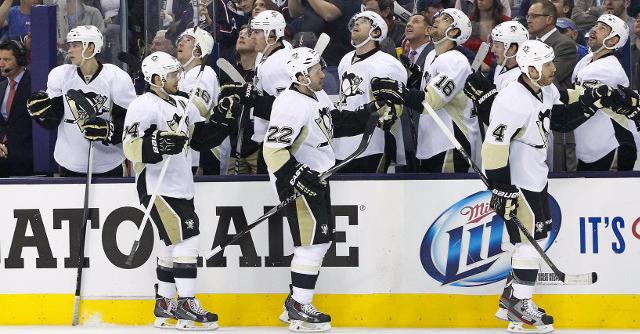 Gulf Oil has a deep-rooted history of outstanding service and involvement in the Pittsburgh community, making this partnership a perfect fit. In 1913, Gulf revolutionized the way people fuel their vehicles when it opened the country’s first “drive-in” gas station at the intersection of Baum Boulevard and St. Clair Street. Since then, the Gulf name has become synonymous with quality products and an exceptional customer experience.

Pittsburgh is also home to Gulf’s former headquarters, originally referred to as “the Gulf Building” (now Gulf Tower), an Art Deco skyscraper and the tallest building in Pittsburgh until 1970. This new endeavor with the Penguins further represents the company’s ongoing investment in the Pennsylvania market and strong commitment to helping its customers and communities thrive.

The Penguins are one of the NHL’s most successful franchises and celebrated their 50th anniversary season in 2016-17. The team also boasts one of the league’s most dedicated fan bases, having sold out every game for 10-plus seasons while setting new standards for local TV ratings and social media engagement.

“Gulf Oil has such a rich history of support for the Pittsburgh region, and we’re excited and proud to add their iconic brand to the Pittsburgh Penguins family,” said Terry Kalna, Senior VP of Sales and Broadcasting for the Penguins. “We salute Gulf’s continued commitment to the people of western Pennsylvania and look forward to working with them to benefit Penguins fans everywhere.”

At the start of the 2017-18 season, fans will see new Gulf signage throughout the PPG Paints Arena including dasherboards, LED ribbon boards and digital advertising that will touch hockey fans across the nation. The sponsorship also includes support of events outside of hockey including both community and charitable initiatives.

“By partnering with one of the top hockey teams in the country, we can engage consumers across the United States and extend our brand’s recognition while continuing to support our historic home,” said Nikki Fales, Marketing Manager, Gulf Oil.